From the Greek apologos “a story”, the iconic Apologue is a tale of acoustic glory. Celebrated in 1987 for its unique design by the New York Museum of Modern Art where it was displayed, and for its unique audio quality by worldwide Audio enthusiasts who bought one of the 50 pairs then produced. The Goldmund Apologue – designed by the italian artist Claudio Rotta Loria -, stands forever as a major milestone in Goldmund history. 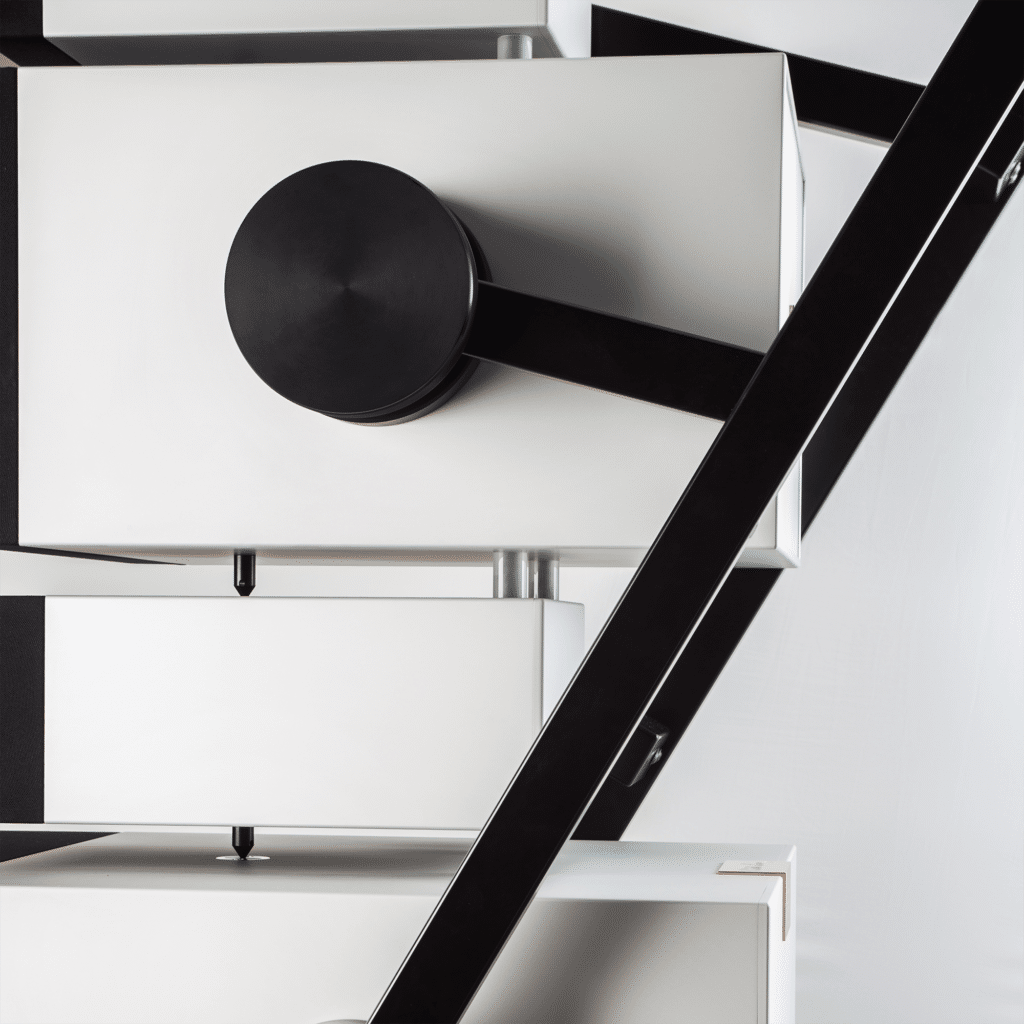 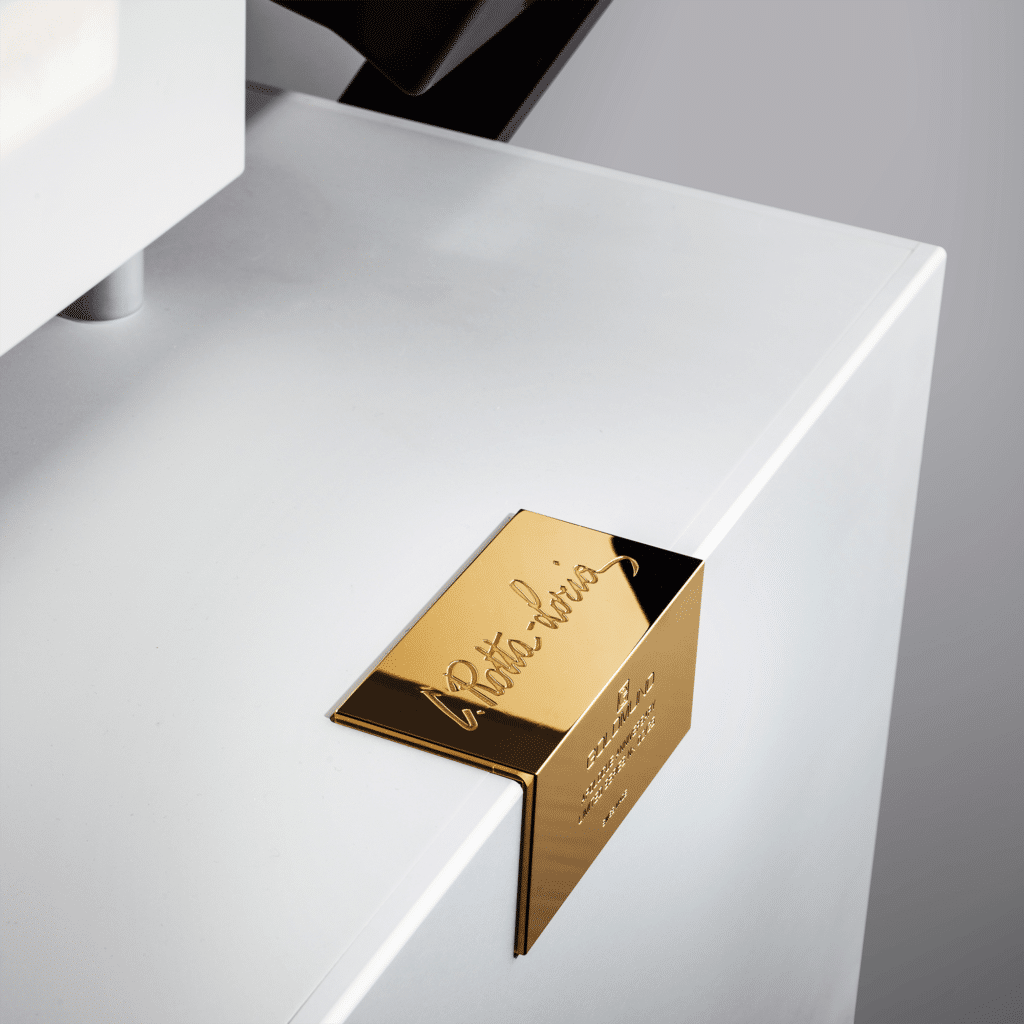 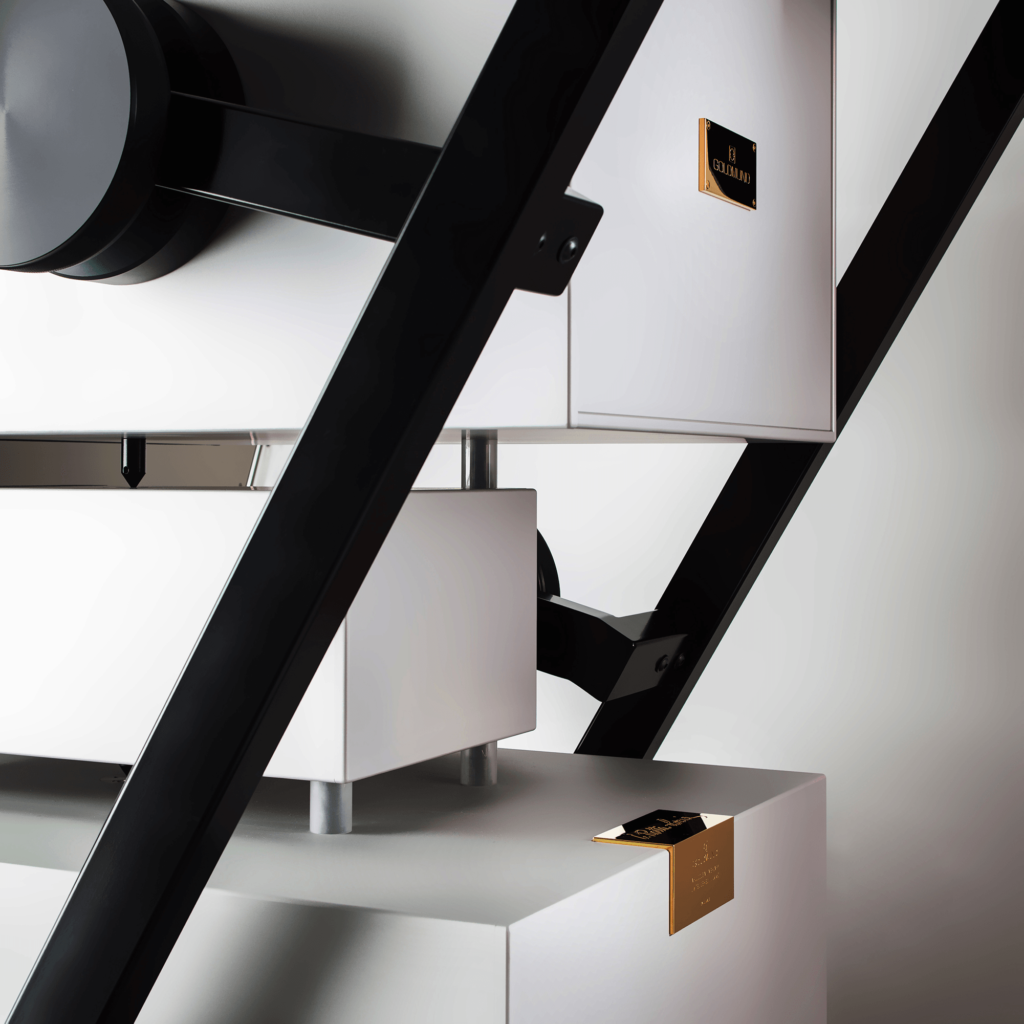 The Apologue Anniversary loudspeaker had an exactly identical design to the first Apologue but with all the technological progress made by the company during those 25 years.

The 1987 edition of the Apologue was a 3-way passive speaker. The Apologue Anniversary evolved to a 6-way active speaker with a 6-channel built-in amplification totaling 3600W for a pair.

Using the latest Goldmund DSP technology, the Apologue Anniversary was 100% corrected both in amplitude and phase, providing for the first time a « perfect response » from a pair of Speakers. In addition to extreme audio accuracy, the latest time response correction developed by Goldmund Fundamental Research department provided an incredible more natural response with much lower listening fatigue when used at a high level.

The signal feeding the Apologue Anniversary could be sent wirelessly, so the 2 speakers of a Stereo System could be presented without any cable, except for an AC plug that could be installed below the speaker. Its superb design with all its details could be admired by walking around the speakers, a possibility usually dangerous due to connecting cables. Goldmund thinks there is no reason to admire such an exceptional sculptural object only from the front and a pair of Apologue Anniversary could be observed as if they were in a Museum, even if playing Music at the same time. 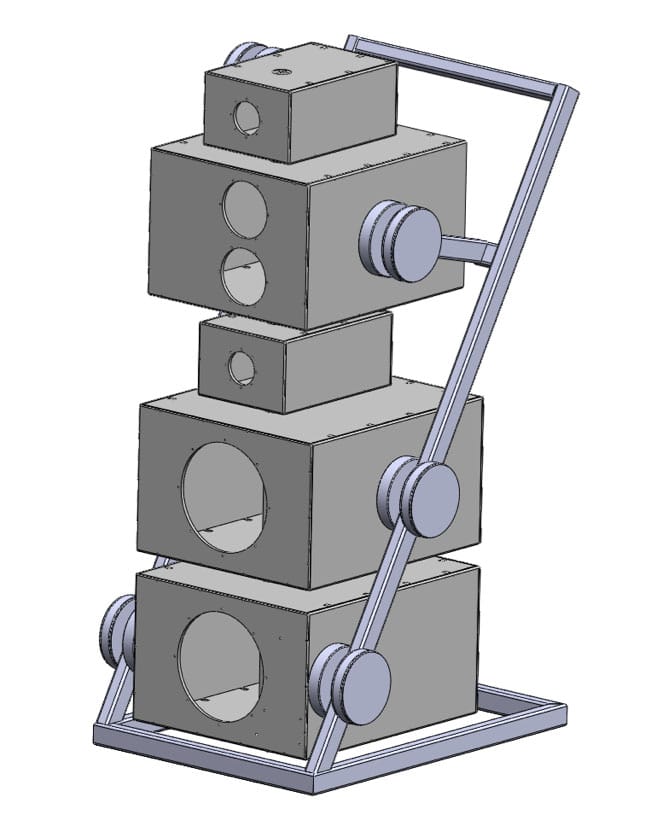 Only the best components can build flawless stereo and surround systems 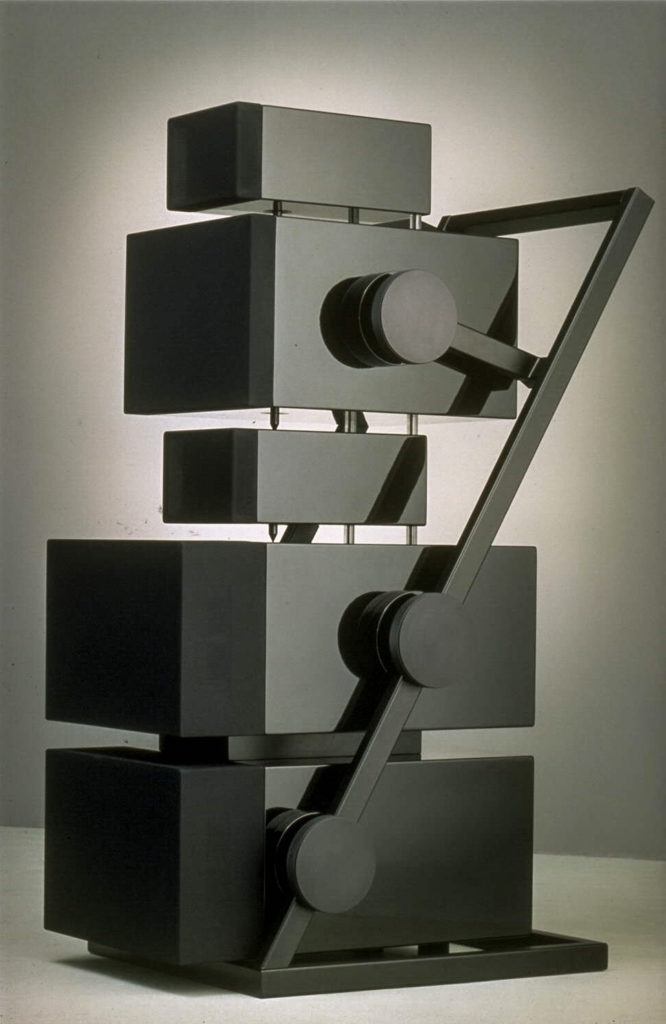 OUR ULTIMATE OBJECTIVE AND REWARD IS TO CREATE EMOTIONS
We do not develop technologies or manufacture equipment just for the sake of it. We believe that the more perfect the sound reproduction, the more intens emotions will be. This is why we focus on the results the technologies we develop can provide in this sense. Our audio systems and devices are handmade in Switzerland, and result from the intersection of our cutting edge technology and passion.